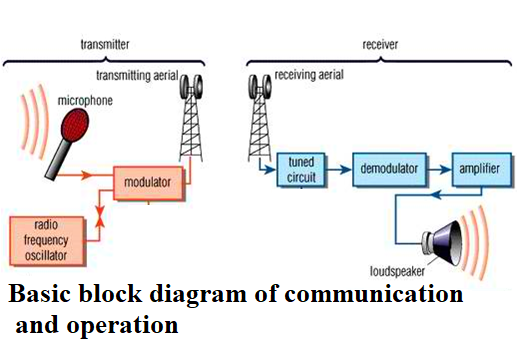 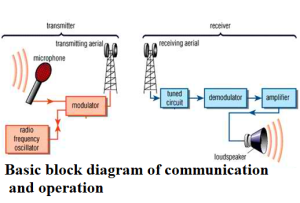 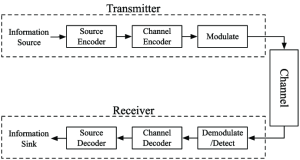 In block diagram, the first block is the source itself from where the method signal is generated so this message could be voice email or the television signal. It could be even some data signal. If this message is not in electric form then using the transducer to converted into the electrical signal. The microphones, camera and the computer keyboard are the examples of the transducer. For exam using the microphone our voice can be converted into the electrical signal and using the camera the picture or the motion can be converted into the digital signal. After this transducer the electrical signal which we have is known as the input signal then after this transducer the next block is the transmitter so this transmitter modifies the input signal for the efficient transmission. This transmitter module also contains several subsystems like the modulator the analog to digital converter and the encoder and many times it also contains the amplifier system.

The important aspect is the power level of the signal because that will decide how long the signal can be transmitted over a particular medium faithfully. So these are the some of the aspects which are very important for the transmitted signal and one needs to see these aspects while designing the communication. The signal is sent over the particular channel. A channel is the medium over which the signal is transmitted over the certain distance so this channel could be a physical channel. These channels are optical fiber or coaxial cable.

Signal to noise ratio is a very important parameter in the communication system. This parameter is the ratio of the signal power to the noise power. By increasing the signal power the signal-to-noise ratio can be improved and the signal can be transmitted over a longer distance faithfully. Now many times the signal needs to be transmitted over much longer distance and it is not possible to increase the signal power beyond the certain limit so in such case regenerative repeaters are used after the certain distance. This regenerative repeater detects the distorted and the noisy signal and generates the fresh copy of the transmitted signal and that signal he is once again transmitted over the particulars channel. so this is another way to increase the distance over which the signal can be transmitted apart from that for the digital signals using the error correction mechanism and by adding the redundancy in the message signal. The error in the received signal can be reduced so for a transmitting medium or a channel perspective following are the important specifications. And the specification is what is the length of the channel or a distance for which the signal can be transmitted faithfully? Then another important specification is the bandwidth of the channel so it is the range of the frequencies which is supported by the channel with reasonable fidelity. For example if a particular tenor can transmit the signal in the range of 0 to 20 kilohertz then we can say that the bandwidth of the channel is 20 kilohertz and if the signal is transmitted in the digital form then for the digital signal.

The another important aspect is the data rate that is the maximum supported data rate by the particular channel. so these are the some of the important aspect for the channel perspective now at the receiver these received signal is be modulated and if the signal is in digital form then first of all it is decoded and then using the digital to analog converter. The output of transducer could be a speaker or it could be when a display screen of the Smartphone or the monitor so this is the basic block diagram of the communication system and a little overview of how the information or the message is transmitted from one point to the another point so in the upcoming videos we will see how to represent the signal using the Fourier series. in the Fourier transform and then we will also talk about the different modulation schemes and in the digital communication we will also see how the analog signal can be digitized and encoded so we will discuss about the source coding then we will discuss about some much flexing skills and we’ll also see different error correction mechanisms which is used in the communication so these are the some of the topics we will discuss in the upcoming tutorial but I hope in this tutorial you got the basic overview of the analog and the digital communication so if you have any question or suggestion do let me know here in the comment section below. 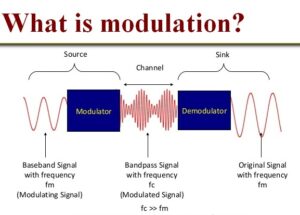 The modulation is the process where the property of the periodic signal like the amplitude phase or the frequency is altered according to the input signal. 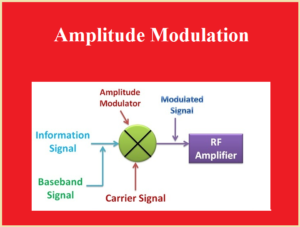 what is amplitude modulation? 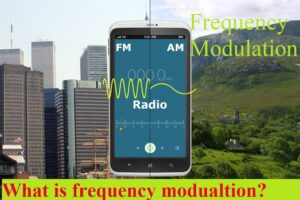 what is frequency modulation? 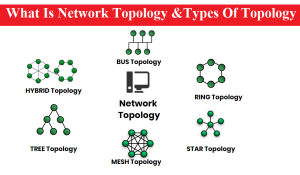 WHAT IS NETWORK TOPOLOGY?