In error detection technique the sender send some additional data along with information. The receiver receives information and add binary zeros and perform the binary division operation. If receiver not finds any error it remove the redundant bits from the frame.

The three methods use for detecting errors in data frames:

In this tutorial only discus about the cyclic redundancy check

What is cyclic redundancy check?

The CRC is a block coding and it was invented in 1961 by W. Wesley Peterson. This code is commonly used to detect the accidental change of data when it is transmitted through the channel.

In this type of coding the binary data is involves like “zero” and “one”. These binary bits perform division operation being sent by a predetermined divisor. Another name of cyclic redundancy checks (CRC) is polynomial code checksum. 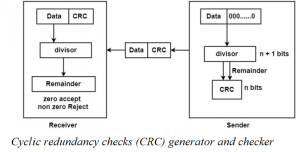 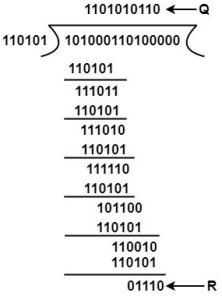 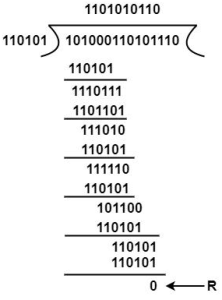 In division operation there is no remainder. So, there are no errors.

Cyclic duplication testing (cyclic redundancy code; CRC) The most commonly used for error detection. Additional digits are added to data and to provide a way to check data for possible errors.

CRC is available using a more complex algorithm than the simple CHECKSUM, which incorporates MODULE ARITHMETIC (hence the word ‘cyclic’) and treats each inserted word as a set of polynomial feeds.

Some point about cyclic redundancy code