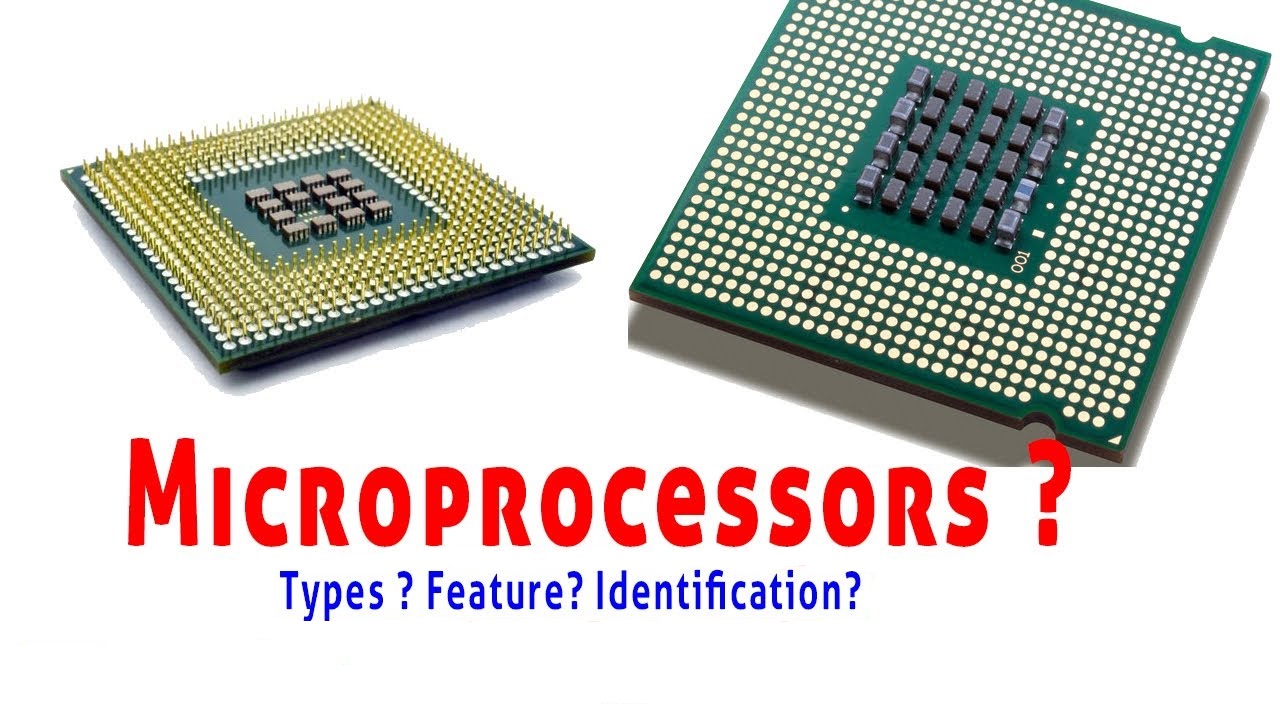 What is microprocessor and how it work?

Microprocessors, we know that CPU (central processing unit) is the brain of the computer. it consists of arithmetic and logical unit (ALU) control unit (CU) and registers. In addition a computer has many more peripherals such as external memory input and output devices etc. microprocessor has several useful functions and fabricated on a single chip silicon semiconductor. 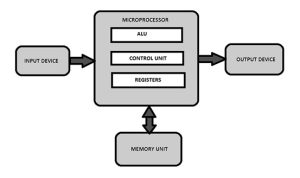 It consists of a central processing unit memory modules a system bus clock and an input and output unit all built onto a single chip. Let’s look at different generations of microprocessors before microprocessors different CPU parts were built as ICs and connected together on a printed circuit board. The invention of Intel 4004 in 1971 the first generation of microprocessors came into picture. It had only 4 bit as word size and used PMOS technology. It was used in calculators etc. in 1972 came 8008 and then Motorola m6800 which were 8-bit processors second generation really picked up in 1974 with Intel 8080 which was 8-bit and used NMOS technology.

They had 4 GB memory and used HCMOS fabrication. Motorola 68020 and 68030 and HP 32 were other popular processors in this generation from 1995 to until now the fifth generation has been bringing out high performance. Some key characteristics of microprocessors are instruction set word length and clock speed first is the instruction set it is the set of instructions that the microprocessor executes. This can range from 10 instruction set of sim computer to 150 to 200 for advanced computers. Each instruction has a word length. The number of bits processed in a single instruction is called word size. the word size is directly proportional to the processing power of the CPU during the processing the internal journal purpose registers whole data so if internal registers hold data up to 8 bits word length is 8 bits if it can process 16 bits at a time then the internal registers can hold up to 16 bits at a time and so on. hence a 32 bit processor is about 4 times faster than a 8-bit processor example of word length are 16-bit 32-bit 64-bit etc. Next key item which defines microprocessor is system clock speed or clock rate it determines the power of microprocessor.

Every microprocessor has a system clock that regulates the rate at which instructions are executed and synchronizes all computer components. it generates pulses which are measured in millions of cycles per second which is its clock speed faster the clock more the instructions. a microprocessor can execute nowadays microprocessor have clock speed of several gigahertz microprocessors can be classified into multiple types based upon the architecture or instruction set of microprocessor. they are risk cisc and special processors let’s see each one of them pries stands for reduced instruction set computer its key characteristics are it has small and simple set of instructions of uniform length. it utilizes simple addressing modes and it is designed to reduce the execution time. Each instruction requires only one clock cycle due to this instruction are more and it uses large number of registers and less number of transistors. it is less complex and also less expensive to produce some examples of risk processors are power pc debt alpha spark etc next is cisc it stands for complex instruction set computer.

Its key characteristics are that it has large number of instructions of variable sizes with variety of addressing modes many special purpose circuits are used to build complex instructions directly into the hardware. The program size is reduced and lesser number of memory cycles are required it results in faster execution of the program some examples of cisc processors are IBM 370 wax 11 and intro 80486. there are some special processors which are designed for some special purposes example co-processors like math coprocessor or io coprocessor which can perform its function a lot faster one of them is epic it stands for explicitly parallel instruction computing. Its key characteristics are that it combines the best feature of both risk and cyst it aims at parallel processing of instructions. it uses a bundle of complex instructions that in addition to basic instruction also contains information on how to run the instructions in parallel with other instructions this greatly increases the efficiency of an epic processor. Example of epic is AMD epic and Intel’s titanium processor with this we come to the end of microprocessors.

ASCII code is a slandered data transmission code abbreviation of American slandered Code For Information Interchange are use in various type of computer for representation of text data (letters, numbers, and punctuation marks) and non-input device commands (control characters).