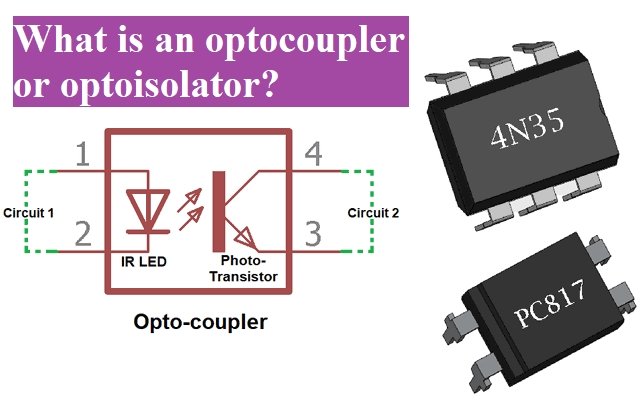 An optocoupler or Optoisolator, is an electronics component that are use to interconnection in between two separate electrical circuit i.e. light sensitive optical interface. It is also use for transfer electrical signal between two isolated circuits by using light. It is use for prevents high voltage from affecting the system receiving the signal. The optocoupler is also called an optocoupler, photocoupler, or optical isolator.

The optocoupler consist a light emitting diode (LED) and phototransistor in the same opaque package. The other types of optocouple are the combination of LED-photodiode, LED-LASCR, and lamp-photoresistor pairs. The optoisolator are use for transfer digital and analog signals.

The function of transform is based on mutual induction between two cores. This means transformer isolate the primer input voltage from secondary output voltage using electromagnetic coupling and this is achieved using the magnetic flux circulating within their laminated iron core. 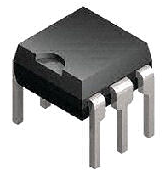 Beside the transform we can also provide the electrical isolation between input and output side by using light and phototransistor and it is called optocoupler.

What is an isolated circuit?

Isolation circuits are that circuit which does not have any physical common conductor in between one side to another side and proper isolation is maintained.

We know the massage signal highly contain distortion and noise in it which can be beyond the tolerance limit of the logic circuit at the output end during transmission. In this case the optocoupler is use to prevent the noise and distortion. The optocoupler can work on DC and AC high current.

Light detector: the function of light detector within an optocoupler or photocoupler is converting the incoming light signal form light emitting diode into original electrical signal. The light detector may be photo diode, photo transistor or photodarlington etc.

The light emitter and light detector are tailored to match one another, having matching wavelengths so that the maximum coupling is achieved.

The symbol of optocoupler is use for indication of structure and function. The symbol contains the light emitter element LED and light detector such as phototransistor, photodiode and light sensitive device etc. the symbol are shown below. 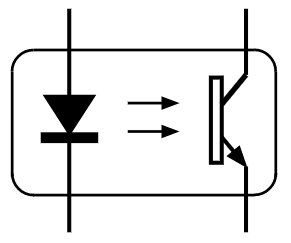 The optocoupler use in AC power application is based around a diac. 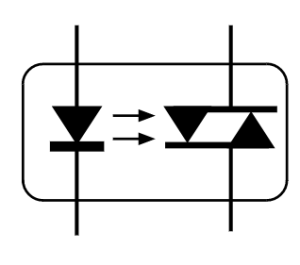 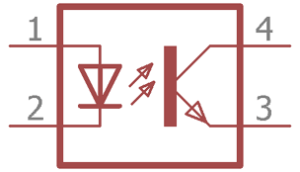 The above figure shows the internal structure of optocoupler. The input pins are 1 and 2. It is a light emitting diode terminal. This led emit infrared light to photosensitive transistor on the right side. The output is taken form pin 3 and 4 which is the collector and emitter terminal of phototransistor. The output is depends on the light emitting diode. The LED is control by an external circuit. There is no any conducting material present in between photodiode and phototransistor. It is electrically isolated. The hole structure is packed in glass or transparent plastic, the electrical isolation is much higher, typically 10 kV or higher.

The photosensor is the output circuit that can detect the light, the output will be DC and AC. Firstly the current is applied to the LED that emit the infrared light proportional to the current going through the device. When light fall on photosenstor a current flow, and switched ON. When input is interrupted, the IR beam is cut-off, causing the photosensor to stop conducting. 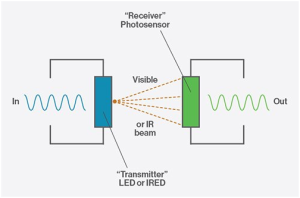 There are several specifications that need to be taken into account when using opto-couplers and opto-isolators: 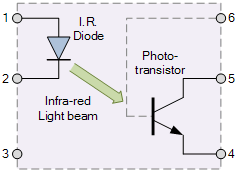 The optocoupler is available in four type, each one having an infra-red LED source but with different photo-sensitive devices. The four optocouplers are the:

The four types are shown below. 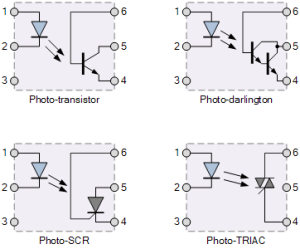 Optocouplers or of optocoupler are used in,

What is Diode Current Equation?
Superposition Theorem – Steps and Circuit Analysis with Solved Example
To Top