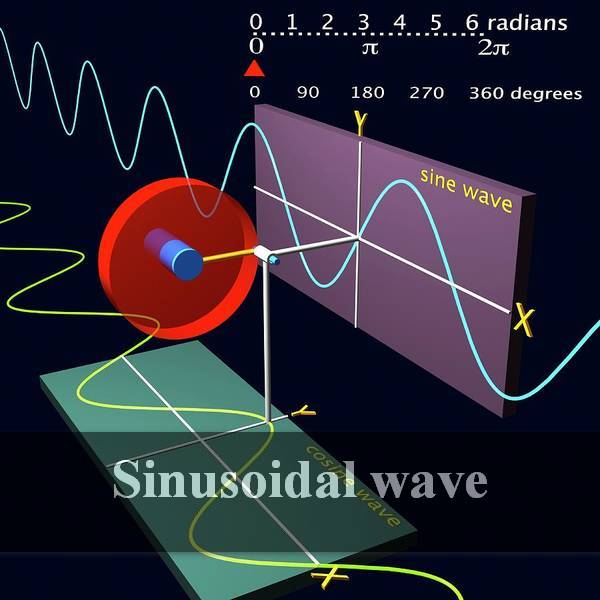 A sinusoidal wave is a finest waveform that oscillates means moves above and below zero periodically which is shown in figure. This kind of wave pattern occurs in wind, sound and light etc. The alternating changing of voltage and current are also kind of sinusoidal wave (sine wave). The sine wave shows the how the amplitude changes with the time. The graphically representation of alternating power is also a sine wave. The ideal natural wave is distortion less or harmonics consist of only the fundamental frequency. But in practically there could be distortions.

What is Sinusoidal Wave or Sine Wave Signal? 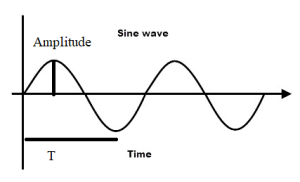 A is the amplitude,

F is the frequency,

What is a Signal?

In surrounding world, there are different measurable quantities some quantities are constant like acceleration due to gravity velocity of sound, velocity of light and many more. Some are time varying quantity like AC voltage, temperature, pressure. These quantities are changes with time or it is time dependent quantity.

Signal is time dependent quantity in nature. It is plotted between values at different time instants. This is known as graphical representation of signal.

The AC wave consists of frequencies that are multiplier of fundamental frequency. For example the fundamental frequency is 5 kHz the multiplier 10 kHz, 15 kHz, 20 kHz, and so on. The harmonics also is present in the waveform. The harmonics produce a heating problem in power line, transformer, load and connecting wire. The heating problem reduce by trip the circuit quickly and also reduce the power factor.

The pure sine wave is produced by Power Plant Company and some electronics sine wave generator/inverters. The costs of inverters are high. The inverter is most advantages in many ways because it works without any problem or any distortion in wave. The uses of pure sine wave are to run complex devices, medical equipment, microwave and many more.

It is cheapest among all inverters are square wave. The use of square wave inverter in many electrical equipment. It is not reliable or less reliable from the others and it is also unsafe for some application especially for the electronics equipment.

The sine wave is generated by various methods. These method are listed below

The basic method for generating sine wave is “Basic single coil generator” which is already explained below. 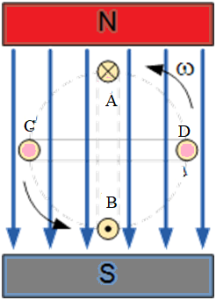 If a conducting rod or wire is moved in a stationary magnetic field “EMF” (Electro-Motive Force) is induced within the conductor due to the movement of the conductor through the magnetic flux.

The R.P.M. is a rotation per minute. It means the number of revolution in one minute is called “RPM”. Suppose the shaft of motor is completing 100 rotations in one minute, than it is known as the speed of motor is 100 RPM.

The number of poles vs Revolution per mints when frequency is 60 Hz.

The number of poles vs Revolution per mints when frequency is 50 Hz. 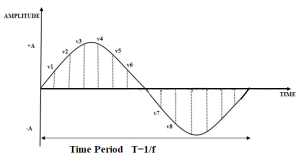 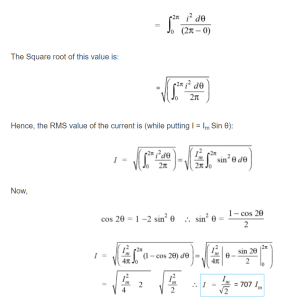 In below given table shows formula of different types of wave forms:

Digital to Analog Converter (DAC) – Types, Working and Applications
What is a Passive Low Pass Filter – Circuit & Its Working
To Top